Salamander Scavenger Hunt! - How Many will we Find?!

Are you BRAVE and WILD?! Join the Brave Crew official club - bit.ly/bravecrewofficial
On this episode, Coyote and Mario are in Kentucky for a Salamander Scavenger Hunt! With many different species of salamander in this location, how many do you think they will come across?! Watch now to find out - and let us know your favorite species of salamander from the video in the comments!
Please SUBSCRIBE - bit.ly/BWchannel
Do you want your name listed as a Brave Leader at the end of our episodes? Join our channel as a member now for this perk and more! - bit.ly/bravecrewofficial
The Brave Wilderness Channel is your one stop connection to a wild world of adventure and amazing up close animal encounters. SUBSCRIBE NOW and join the adventure that brings you closer to the most beloved, bizarre and misunderstood creatures known to man!
New Episodes Every Week!
Find more info at: www.bravewilderness.com
Coyote Peterson on Twitter: COYOTEPETERSON
Coyote Peterson on Facebook: CoyotePeterson
The Brave Wilderness hosts and crew are professionally trained but receive assistance from animal experts and safety personnel when in potentially life-threatening situations. Permissions were obtained by the crew to film in all locations associated with this series. No animals were injured, killed, or removed from their natural habitat in the filming of this program and instances where animals are brought to the scene are clearly acknowledged in the video. Professional advice should always be sought before entering any dangerous environment, or before encountering any species of animal. Every precaution is taken to handle animals with care and in the least stressful way possible; expert opinions are often solicited when handling animals that may potentially inflict harm to any cast and crew. 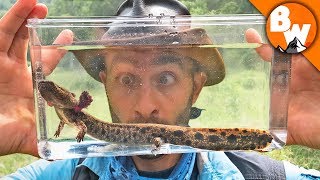 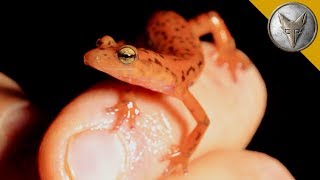 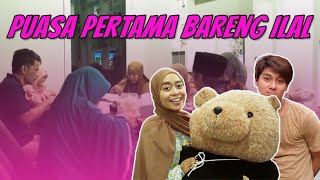 GLOW BUGS! - How to Build a Lightning Bug Lantern!

BACK TO SCHOOL - Ask a Biologist Special!

Night of the Deadly Creatures